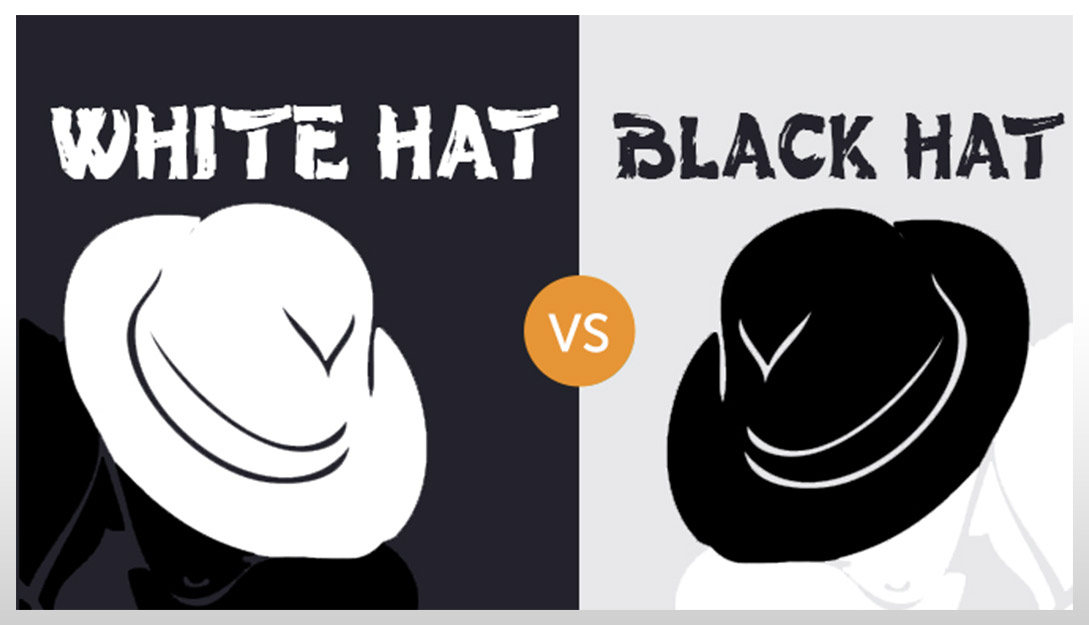 How to Incorporate White Hat and Black Hat Gamification Designs

Gamification is an incredibly broad subject, filled with tons of techniques and creative strategies. Perhaps among its most interesting concepts are the White Hat and Black Hat elements, both of which effectively motivate users to perform certain desirable behaviors.

But what exactly are these? More specifically, how do White Hat and Black Hat Gamification Designs work?

What are White Hat Elements?

The term “White Hat” refers to positive motivation elements that empower the user, leaving them feeling as if they were in control of their actions in a particular online or digital setting.

White Hat elements are designed to target the cerebral cortex, which is the part of the human brain responsible for its higher-order functions and associated with sensation, perception, and voluntary physical movement. Not only do they uplift and entertain the user, but they also lead them to find significant meaning in whatever activity or behavior they’re doing.

Incorporating White Hat gamification techniques includes leveling up and unlocking specific achievements, which usually translates to the user feeling positive and accomplished about performing a specific behavior. Elements like solving tricky puzzles and riddles are also examples of this strategy.

Perhaps the most well-known digital products that leverage the White Hat gamification techniques are devices that promote health and fitness. A great example was the FuelBand wristband from Nike that rewarded users for being active throughout the day by awarding them points, which they could use in the “real world” to buy items.

What are Black Hat Elements?

As the name suggests, “Black Hat” refers to more sinister and manipulative elements. Rather than target the cerebral cortex and the higher-order functions of the human brain, the Black Hat elements focus on the limbic and reptilian parts of the brain. They use uncertainty and fear of punishment, whether the user fails to achieve their goal or cannot perform a certain action.

The most popular Black Hat techniques are countdown timers. They imply a sense of scarcity and loss, which manipulates the user and makes them feel either stressed, pressured, or both.

Another great example of Black Hat gamification is random rewards, which usually come in the form of arbitrary loot drops or users suddenly asked to play on a slot machine after exhibiting a specific set of behaviors. As insignificant as these may seem, they hinge on the same kind of manipulation that countdown timers use.

In gamification, Black Hat techniques are used more often simply because developers find them easier to design and deploy. Conceptualizing them is also extremely straightforward and uncomplicated, which means that they can be created even by those who aren’t experts in the field.

On the other hand, White Hat techniques are difficult since they require creativity, thought, and strategizing. This challenge often spurs developers into using gamification to manipulate their users, rather than uplift, inspire, and empower them.

For some experts, Black Hat gamification is only effective in the short term since it manipulates users, causing them undue stress, frustration, anxiety, and other negative feelings. Their physical, mental, and emotional health could also deteriorate, which means that they’ll likely come to resent the digital product or brand.

Instead, experts recommend that developers put in the time and effort to create White Hat elements since using positive reinforcement is much more effective in the long term. It may be challenging to do so, but the results are well worth it.

This doesn’t mean that Black Hat techniques aren’t valuable in gamification; however, they must be used sparingly and correctly. For instance, countdown timers in fitness apps are deployed to support a narrative based on White Hat design, which is why users neither dislike nor associate them with negative feelings.

“The point of it being called Black Hat is that once designed well, we are more compelled to take certain actions quickly without feeling completely in control,” explains Yu-kai Chou, the world’s leading expert on gamification and the author of Actionable Gamification: Beyond Points, Badges, and Leaderboards.

Under this core drive, motivation lies in the belief that one is called to a higher purpose, wherein they must do something much bigger and more meaningful than themselves.

For example, Free Rice is a trivia-based website that aims to support the United Nations World Food Program WFP by donating ten rice grains for every question a user answers correctly.

This core drive is concerned with motivations based on the need to feel a sense of accomplishment, which means that it uses elements and actions that connote progress, such as badges and overcoming challenges.

For example, the progress bar that LinkedIn shows users does a great job of pushing them to complete and optimize their profiles.

According to the third core drive, people are greatly motivated by receiving feedback and constructive criticism on their work. This allows them to adjust what they’ve done, making them feel as if their output is the best that it can be.

For example, the Minecraft video game lets players use blocks to create whatever they want, whether a simple farm or an elaborate palace. They can also adjust their “world” as they go, which means they can change the structures they built initially.

Under this core drive, people are only motivated when they have the absolute ownership of something. This spurs them to make improvements, customize it to fit their preferences, and obtain more of that item.

For example, the Facebook game Farmville allowed players to “own” a piece of land, which drove them to raise their crop yields and increase their other assets by purchasing livestock, barns, and more.

The fifth core drive involves behaviors motivated by what others are saying, doing, and acting. It also claims that emotional associations and trust inspire people, pushing them to behave a certain way.

For example, the recommendations feature on Amazon drives people to increase the items in their cart since they can see what related products other customers purchased.

This core drive pertains to the motivation of wanting something unattainable. It claims that people are driven to desire or obtain a particular item if they’re told they can’t have it or that it’s too hard to have it.

For example, Facebook’s astronomical growth was based on this core drive. In its early days, only Harvard students were allowed to access it, which spurred those from other schools to want it, as well.

Humans are innately curious, which is why they’re motivated by unpredictability and uncertainty. As long as they haven’t ascertained the unknown, they’ll continue behaving a particular way or performing specific actions.

For example, many are addicted to gambling because of the thrill of the chase. In their perspective, not knowing whether they’ll win or not creates a positive and exciting experience.

Another huge motivator is the paralyzing fear of a negative outcome, such as loss or other similar undesirable events. When one is afraid of this, they’re willing to do whatever it takes not to let it happen.

For example, Black Friday sales capitalize on people’s fear of missing out (FOMO). Because customers don’t want to lose out on extremely low prices, they’re more than happy to wait in long lines and even get into fights with others just for the chance to score a sweet deal.

White Hat and Black Hat techniques are essential in gamification; however, developers need to apply them correctly. The latter shouldn’t be abused since this could lead to negative outcomes and an undesirable view of the brand or digital product.

If the techniques are based on the eight core drives, they’ll lead to the desired set of behaviors.